HOMILY: "Shelter in the Storm"

Then God touched my mouth and said to me,
Look, I am putting my words into your mouth.
This day I appoint you over nations and territories,
to uproot and to tear down,
to destroy and to overthrow,
to build and to plant. 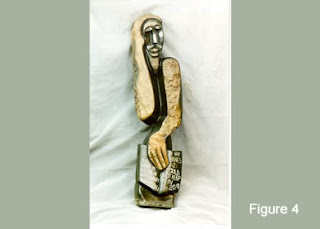 I imagine that Kate and I were not the only ones to curl up and watch a little TV yesterday--in between trips to the window to see how much snow had fallen, or forays into the streets to clear a bit of it.  In fact, if you did watch something good, something you enjoyed, maybe you want to pop it into the 'chat' this morning and share it with the rest of us.
Kate and I spent two agonizingly long hours watching "Don't Look Up"--the new Jennifer Lawrence--Leonardo DiCaprio movie about a huge comet hurtling toward planet earth.  And I say 'agonizingly long' not because it's terrible film (and not because I don't love Kate's company)--but because "Don't Look Up" is a rather brutal parable for 21st century crises, and the befuddling capacity of human beings and institutions for self-gratification and denial.
It's more than that, of course; part parody, part satire; but it's really a compelling and unnerving parable around climate change, in particular, and what's at stake as governments, institutions, whole societies refuse to face the truth, and refuse to make common cause for the common good. I don't know about you, or how you'll respond to "Don't Look Up," but I found it a really rough two hours. 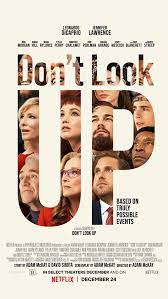 But there's a Jeremiah figure in the movie--and this is why it's so very much on my mind this morning.  She's a PhD student, an astronomy student who first discovers this spectacular but hugely dangerous comet roaring toward planet earth.  Her name--like my date last night--is Kate, and she's played by the remarkable Jennifer Lawrence.
And Kate--the astronomy student--is chosen (by fate, by God, you decide) to alert NASA, and then the Pentagon, and then the President of what's happening.  And what's at stake.  They've got 6 months before impact.  Before catastrophe.  Something has to be done.
And here's the Jeremiah part: the government's not especially interested in what Kate has to say, or the science that backs it up; the titans of tech are only interested if what she's saying can increase their market share in the meta-verse; and, at just about every turn, the young prophet is mocked for her passion, vilified for her attentiveness to the facts, and dismissed as irrelevant.
And that's very much how it is for Jeremiah.  As his people refuse to care for the most vulnerable among them, they mock Jeremiah for his compassion for the common good.  As his people deny the very real possibility of invasion and exile, they vilify Jeremiah for pointing out the obvious and calling them to repentance.  And, as his people continue to plunder God's earth for their own enrichment, they dismiss Jeremiah--and his passion for the land--as irrelevant.
I swear, I'm sitting there last night, watching with my Kate, watching that other Kate, the astronomy student in "Don't Look Up"--and I'm thinking to myself: That's the prophet, that's Jeremiah, that's the challenge of speaking truth to power when power wants none of it.  You pay a price.
And here's the thing about Jeremiah, at least: he does not change the minds and hearts of the powerful; he does not convince them to face facts or change their ways.  This is, in truth, the hard part about Jeremiah and taking his prophetic call to heart.  Israel's collapse happens anyway.  The great exile--to Babylon--happens anyway.  But God needs and God calls Jeremiah to bear witness to God's love--in the midst of all that chaos, in the unnerving waves of historical disruption.  Jeremiah is called to speak of God's love, of God's passion for righteousness and mercy, in a moment of great unrest, huge uncertainty and disruption.
And I think that's what I want to offer to you, to the church today.  We too--like Jeremiah--are called by the Divine, by God, to speak of God's love in a world shaken by uncertainty, riddled with conflict, facing a future of who-knows-what.  We too--like Jeremiah--are called to bear witness to God's passion for justice and wholeness when so much points toward despair and disintegration.
What God needs so very much--this is so important--are human communities committed to praise and thanksgiving--when great forces around the world addicted to anger and complaint.
What God needs so very much--and calls on the church to be--is a sanctuary of affirmation, a shelter in the storm, a circle of blessing--when so many hear nothing but judgment, nothing but fear, and nothing but bitterness in the daily round.
We don't know what the future holds--for our American democracy, for example; or for the human community on the third rock from the sun.  The climate crisis is real.  And there are huge challenges ahead of us, and our children, and theirs.  But God--the power of Love, the Holy One whose Love beats in every heart and soars in every sunrise: God calls on us, on the church, to BUILD and to PLANT anyway.  God calls on us, on our church, to BUILD sanctuaries that protect human dignity, sanctuaries that honor neighborliness and brotherhood and sisterhood and love.  And God calls on us to PLANT new dreams, dreams that imagine healing and hope, dreams that envision celebration and communion.  Whatever the future holds.
It's not at all easy to BUILD and PLANT in a world like ours.  But God promises, to Jeremiah and to you and me, that we will not be alone as we do.  I believe, with all my heart, that the prophetic task begins in places like this, in communities like ours.  We look to one another with hope.  We trust in the promise and love of God.  As Jeremiah does.  And then we got down to work.  To build and to plant.
It's what we do.
Amen and Ashe!
Note: After Sunday's worship service, the Community Church voted overwhelmingly--in a congregational meeting--to be (in word and action) a Sanctuary Church.  In this, we joined our energies to so many other churches and synagogues who've chosen to accompany immigrants in our midst on journeys to safety and asylum!  See that statement here!
at January 31, 2022 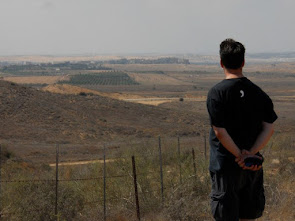 Today, like all days, is sacred and strange. This very moment, like all moments, is gift and opportunity. I hope you're finding ways to receive and cherish the gift: even and especially now, even and especially as a unprecedented pandemic is changing almost everything about our lives. And if this blog can help with that, if something here serves to encourage or inspire you, so much the better.
As a parish pastor, I've wandered through the past two years like many of you: dizzied by change and fear, awakened to hope by young and tireless activists, aching for touch and human contact. It's been almost two years! And who knows, really, what comes next? So, if you're battling some anxieties, if you're wondering what comes next...I'm with you. Believe me: I'm with you.
And still, at the heart of my faith, passed on from generation to generation, is this experience: that somehow, through some amazing grace, perfect love casts out fear. In the shadow of a thousand empires, our friends have boldly proclaimed it. Perfect love casts out fear. Speaking truth to power, protesting slavery, deconstructing nuclear weapons, our friends have boldly proclaimed it. Perfect love casts out fear. Welcoming weary refugees, organizing with the poorest among us, our friends have boldly proclaimed it. Perfect love casts out fear. Making amends for sexism, making amends for homophobia, making amends for anti-Semitism and colonialism, our friends have boldly proclaimed it. Perfect love casts out fear.
This is my calling now, and the vocation of the beloved community, the church of the Christ who fears no virus, who fears no empire, who fears no cruelty. Let's love one another generously, wildly and bravely. Let's rejoice in every sunrise and enjoy every moment with our children, friends and allies. And let's build communities of faith, communities of resistance, communities of tenderness--in every way we know how. And a few we're just beginning to learn.
The two resources below ("Extraordinary Unity" and "Raw, Ragged Openness") were some of my early efforts to face the pandemic with my community, in faith and courage. Maybe you'll find them helpful in your place and time. If you're looking for a song to put some spring in your step--and a little love in your heart--check out the Bengsons' "Keep Going On Song"! You'll be glad you did.

PRACTICE AND RENEWAL IN 2022

EVERYTHING THAT IS, IS HOLY 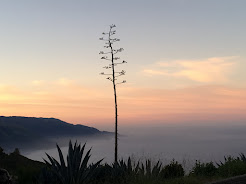 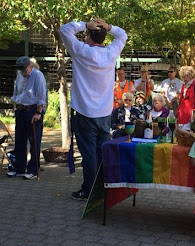 WELCOME to VALLEY RISE UP: a blog exploring faith and wonder, ethics and passion. If you find something helpful here, anything helpful here, I hope you'll take it along and make it work for you. More than anything else, I see myself as a spiritual guide and mentor for seekers and believers. In a beautiful and befuddling world, faith offers courage, resilience and tenderness. At least it does for me. On the side, I love to read and write poetry, and I've written a number of hymns and songs as well. In VALLEY RISE UP, I try to keep the conversation alive, exploring grace, peacemaking, human yearning and hope. "If the inner life is great," said Meister Eckhart 800 years ago, "the outer life will never be puny." Eckhart and others talk about two dimensions in prayer: the horizontal (connecting us in lovingkindness to others) and the vertical (uniting us in love with the Source of all that is and will be). The two intersect in stillness, in reflection, in meditation, in prayer. And this kind of practice is cultivated, tended like a garden, through daily experience and circles of support. There are so many ways into a practice of prayer. For some of us, silence is the key; for others, it's movement, yoga, tai chi, qi gong. The key seems to be discipline, and steady practice. It's a wild and noisy world out there, so find a place and time to step aside and pray. And do it often.

SOME OF DAVE'S POEMS 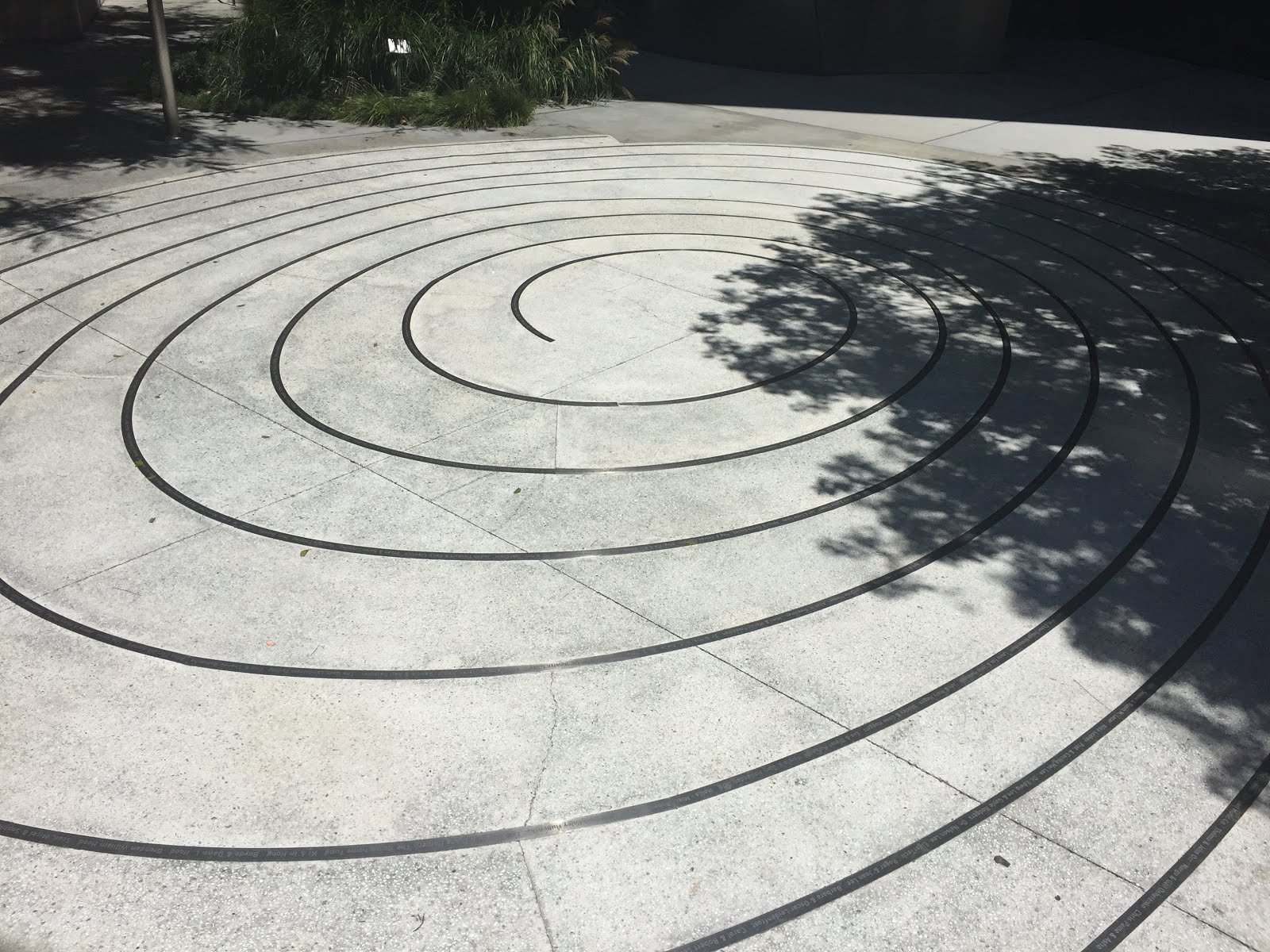 SOME OF DAVE'S SERMONS 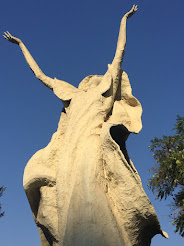 MY LORD GOD, I have no idea where I am going. I do not see the road ahead of me. I cannot know for certain where it will end. Nor do I really know myself, and the fact that I think I am following your will does not mean that I am actually doing so. But I believe that the desire to please you does in fact please you. And I hope I have that desire in all that I am doing. I hope that I will never do anything apart from that desire. And I know that if I do this you will lead me by the right road, though I may know nothing about it. Therefore I will trust you always though I may seem to be lost and in the shadow of death. I will not fear, for you are ever with me, and you will never leave me to face my perils alone. 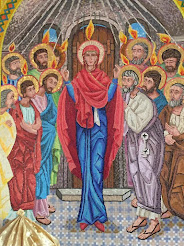 CHRIST AMONG THE LILIES 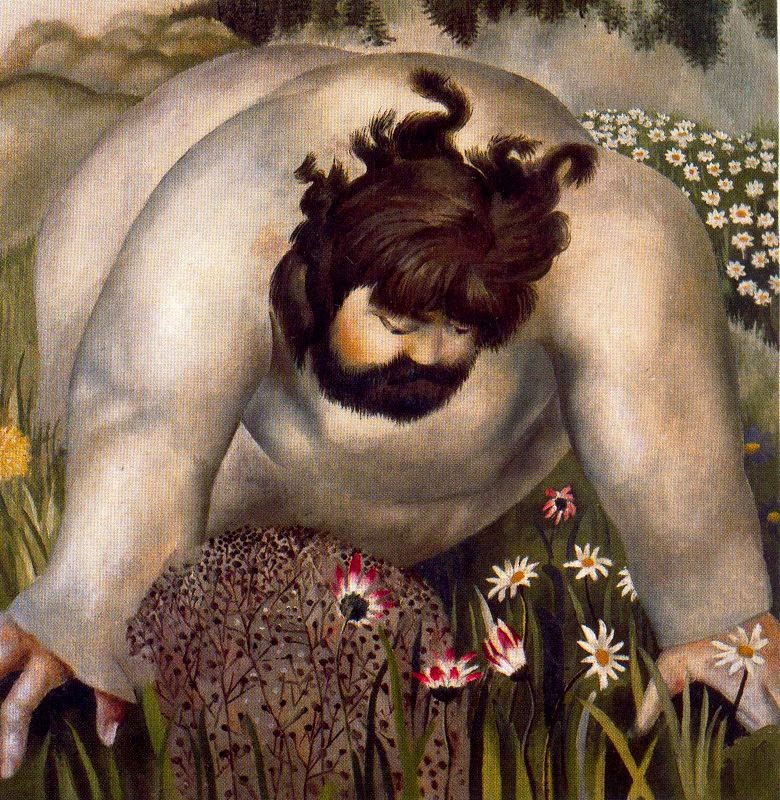 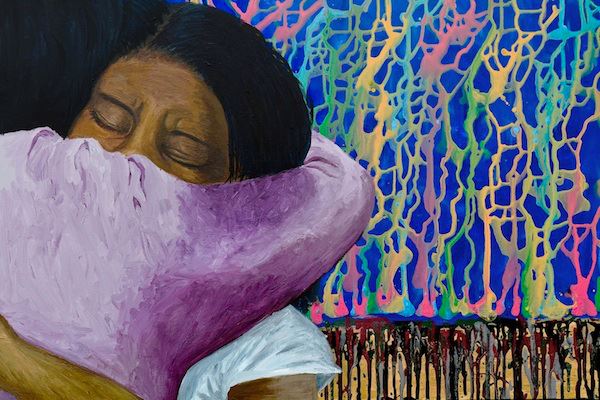 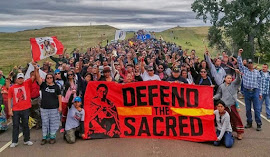 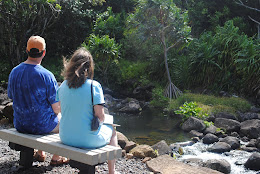 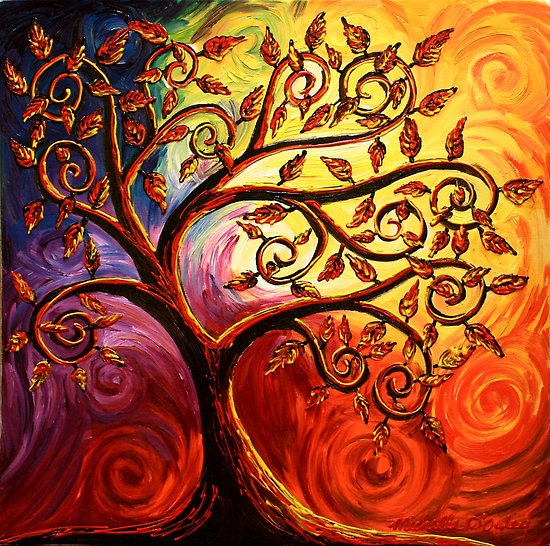 "Sleeping on the hearth of the living world/ Yawning at home before the fire of life/ Feeling the presence of the living God/ Like a great reassurance." --- D H Lawrence